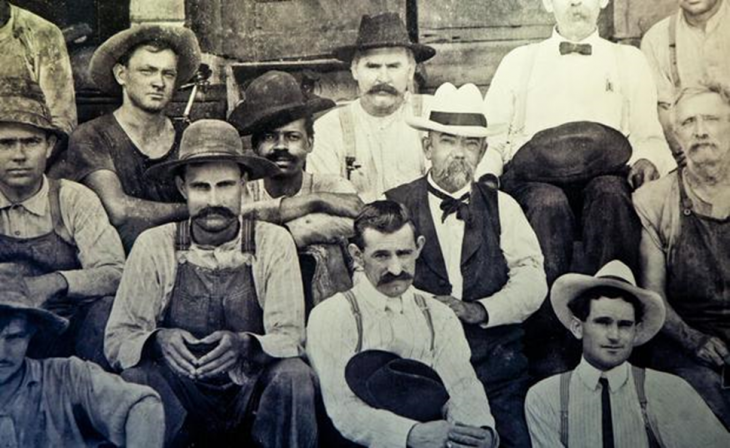 A new whiskey distillery with a special place in American history will open its doors to the public in Tennessee in September. The company, called Uncle Nearest, honors the first known African American master distiller in the country: a slave who taught Jack Daniel how to make whiskey.

CBS News first shared Nathan “Nearest” Green’s story almost two years ago in an interview with best-selling author Fawn Weaver. At the time, Weaver was devoted to uncovering and sharing Green’s history. In the past three years, she’s launched Uncle Nearest and has raised about $20 million to take over the whiskey’s production and turn a horse farm into a distillery.

The venture makes Weaver is the first female and the first person of color to run a major whiskey or spirit brand. She said it’s her way of honoring the man known to some as the “godfather of Tennessee whiskey.”

Jeffrey Wright, from HBO’s “Westworld,” feels so passionately about preserving Green’s story that he made a short film to honor him.

In the late 1850’s, Green — a farm owner’s slave — started working with a young orphan named Jack Daniel. There’s no known photograph of Green, but there is a photo of Daniel with Green’s son, George, and other distillery workers from around 1900. It shows a black man and a white man sitting side by side at a deeply divided time in the American South.

“We just need to know stories like this because it smashes the lies,” Wright said, later adding, “you have this… great iconic American brand, and… this thing that is representative of something that sits in our soul that’s created by the coming together of two families… an unlikely partnership.”

Hussey said “about 95%” of the region has accepted Green’s role in Tennessee whiskey history — but that there’s still “the 5% of old Southern boys who could care less, would like to keep everything hidden.”

Hussey has become an unlikely ambassador for Uncle Nearest — another steward of the story, as Weaver likes to say.

“Every single time you take that sip, you should be telling the story of Nearest,” Weaver said. “That’s how we make sure that his legacy is not only cemented, but it continues on beyond us, to the next generation.”

Victoria Butler, Green’s great-great-granddaughter, said she wished her grandmother was able to see the whiskey. She said the idea to make a whiskey bearing her ancestor’s name came first from a member of Jack Daniel’s family, and then from her own.

“Fawn [Weaver] was like, ‘What can we do to keep Nearest Green’s legacy alive?'” Butler said. “And one family member said, ‘Put his name on a bottle.'”

Three of Green’s descendants still work at the Jack Daniel’s distillery. But Weaver said she doesn’t consider them competition “whatsoever.”

“When we go out into the marketplace, we are selling ‘Uncle Nearest,'” she said. “But we are talking about Jack in a way that makes you want to drink Jack Daniel as well.”

“This is a story that unifies us… and I think we so desperately need that now,” Wright said. “We forever will be in this thing together — and that’s the story of Nathan Nearest Green, ‘Uncle Nearest,’ and Jack Daniel.”

Uncle Nearest is currently available in 48 states and 148 countries, and is the fastest-growing independent American spirit. Some of the proceeds from the whiskey’s sales go into a foundation designed to ensure that each of Green’s descendants get a college education. So far, 10 of them have graduated from college.